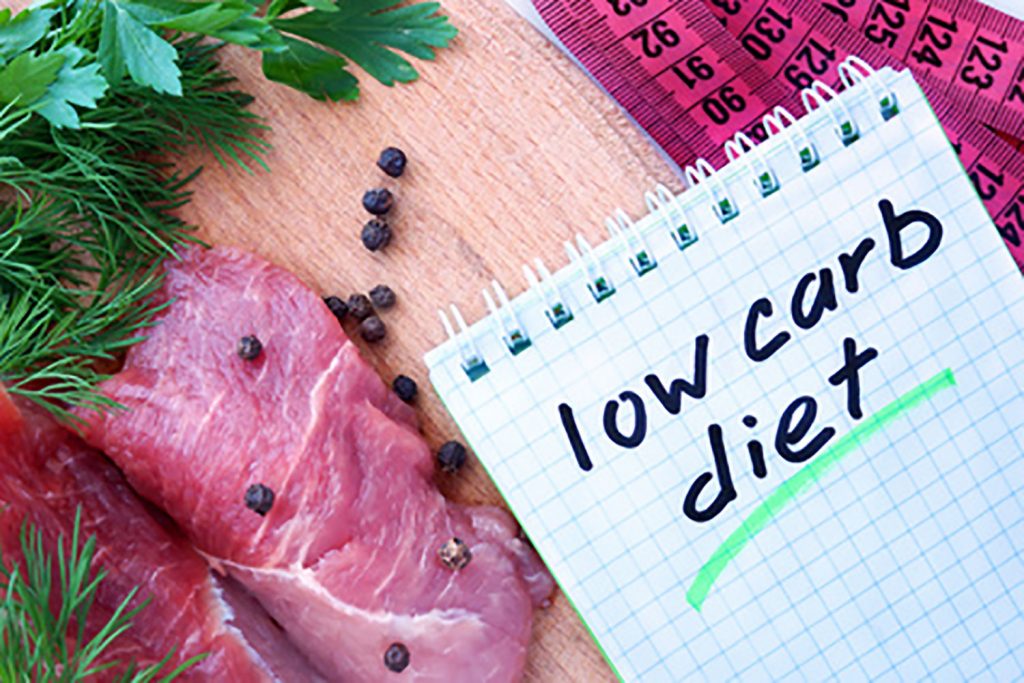 LOW-CARB nutrition: Does this form of nutrition deliver what it promises? A self-experiment…

The topic of low-carb nutrition has long been present in the fitness and dietary world. Many people swear by it and say it is a miracle when it comes to muscle definition, fat reduction and weight loss: for this reason, I decided to try this form of diet myself and share my experience over a 3-week period. ☺

MY STARTING POINT (WAS DETERMINED BY IMPEDANCE ANALYSIS):

I decided to start the Low-Carb project as follows: in the first 6 days I wanted to stick strictly to the Low-Carb principles: in plain language, in terms of macronutrients: 35-40% protein; max. 5% carbohydrates; 55-60% fat. This meant a massive change for me. Where before that there was pasta as a main course or side dish in the evening, there should soon only be fish with vegetables or a decent piece of meat. I also wanted to reduce my daily calorie intake relatively massively: a maximum of 2000kcal per day.

I also wanted to make use of occasional protein shakes, which should make things easier in many situations. No desire or possibility to cook? – Protein shake. In general, however, I wanted to try to cover my calorie requirements with natural foods.

So, I started the project a little more than 2 weeks ago:  In the beginning the change is very massive. Processed foods are largely taboo: sugar and carbohydrates often hide where you would not expect them at all.

For breakfast I had scrambled eggs and coffee. In the morning I usually had a snack of nuts or pistachios, followed by a late lunch, where I liked to have tuna salad. A good portion of tuna fish, served with various leaf vegetables, tomatoes, beetroot, cucumber, peppers, mozzarella, and olives. Again, I did not skimp on the oil: I was particularly keen on the combination of a good amount of linseed oil, but also pumpkin seed oil, paired with a good amount of balsamic vinegar.

In the evening, I had a chicken, steak or fish fried in oil or butter and very varied vegetables. A special highlight were especially prawns fried in coconut oil – VERY recommendable ☺.

Other snacks I liked to have were mozzarella with tomatoes or guacamole: 1-2 avocados, 5 cocktail tomatoes, 1-2 cloves of garlic, juice of half a lemon, salt, pepper – delicious!

I kept to my plan very strictly for 6 days, followed by a “cheat – day”. Here you could really eat what your heart desired: an extensive breakfast with bread and pastries, cake with coffee or also pizza, pasta, or burgers – everything was allowed ☺.

The cheat day was mainly to make sure that my metabolism didn’t collapse. Continuous and also low-carbohydrate nutrition lowers the level of the hormone leptin: a low leptin level signals to the body that too little is eaten and therefore the metabolism must be reduced. On the other hand, if the calorie intake is increased, it also rises again very quickly, which is why cheat-day is used in diets. This prevents the metabolism from dropping too much.

Furthermore, the psychological component of such a cheat day should not be underestimated. Whenever I felt the urge for something sweet or rich in carbohydrates during the week, I put myself off by saying that I would treat myself to it on the upcoming Saturday for my cheat-day (which I did in many cases 😉 ).

SO HOW IT ENDED?

Again, and again there are reports of the hard first 3 days. Tiredness, lack of concentration, exhaustion, which this change in diet is supposed to bring about. To be honest: I can’t confirm any of these. Of course, in many respects, nutritional change is a massive change. In the beginning it is especially difficult to keep an eye on the macro-nutrient distribution (which always required some tedious calculations). I also had to cook and prepare almost everything myself in order to be able to track exactly what is in the food. So, a lot of time has to be spent in the kitchen.

Nevertheless, already from day 2 on I felt much fresher than before the change: No more tedious dragging out of bed; the alarm clock rang and I stood wide awake and noticed especially during the day that I was much more concentrated and focused. I also tried not to deviate from my training routine (4x strength training, 1x 30-45min of loose cardio training), here too: no loss of performance or feeling of weakness. Despite lower calorie intake and even lower carbohydrate content, I felt great.

After the first cheat day I was afraid that it would be hard to get back to my routine. No way. After this one day of indulging myself, which I was longing for, it was good, and I was really looking forward to getting back to work – I was highly motivated! The cheat day had thus more than fulfilled its purpose.

So, did low carb do for me what it said it would? Absolutely! More than that. A lot had happened over those three weeks:

The result is outstanding for me: almost 3kg of pure body fat was lost, while at the same time muscle mass remained the same (even though the calorie intake was drastically reduced). This couldn’t be better and already brings me a very big step closer to my summer dream figure! ☺

All in all, I must honestly say that I have never found a diet as easy as this one. At no time did I ever suffer from hunger, often I was rather in the situation that I almost had to force myself to eat, although I did not feel any hunger at all. The high percentage of fat simply seems to keep me well-fed ☺. Also, the expected ravenous appetite for sweets was completely absent!

FROM MY OWN EXPERIENCES, I CAN ONLY RECOMMEND IT TO EVERYONE! ☺